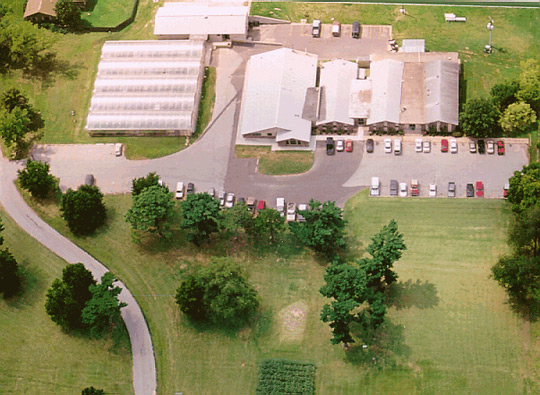 The Altheimer Laboratory, a unit of the Department of Crop, Soil, and Environmental Sciences and a part of the Division of Agriculture of the University of Arkansas, is recognized internationally as an outstanding facility for research on chemical and physiological improvements in crop production. Research functions concentrate on crop production and physiology, pesticide residues, weed science and soil testing, but also extend to such related areas as turfgrass, entomology, pathology, and horticulture.

The Laboratory presently contains more than 22,500 square feet of laboratory and office space with valuable modern, sophisticated equipment which makes possible in-depth analyses of the effects of various practices on plants, on crop production, and the environment. Built largely with grants from the Ben J. Altheimer Foundation and revenues from fertilizer sales, the Laboratory is located on the Main Agricultural Experiment Station at Fayetteville. In the late 1950's, the need for more greenhouse and laboratory space gave rise to construction of the first unit of the Altheimer Laboratory. This construction included a greenhouse and a small laboratory, primarily for weed science studies, and, later, crop physiology. From 1960 to 1962, with support from the Altheimer Foundation and the Experiment Station, it was possible to add a second room, which in later years was called the "Old Lab," and a second greenhouse. The facility, then known as the Weed Science-Crop Physiology Laboratory, became active in advanced research.

In the early 1970's, a major renovation took place with the expansion of the building to more than four times the size of the original structure. This addition added two levels, with equal space on both levels. This expansion allowed room for specialized areas of research such as chromatography, radioisotopes, and photosynthesis.

The next expansion was begun early in 1976, and added over 8,000 square feet, upstairs and downstairs, primarily to accommodate the newly-established Pesticide Residue Lab as part of Altheimer. After this expansion, the entire facility was renamed the Altheimer Laboratory, and was dedicated on October 31,1980.

The final reconstruction occurred recently with the addition of the Soil Testing Laboratory on the south side of the Lab, replacing the original two greenhouses. Prior to the construction, a new greenhouse complex was built just across the service road to the south to accommodate research originating both in the lab and from the Crop, Soil, and Environmental Sciences Department on campus. This addition added another 3500 square feet of office and lab space, and was designed to accommodate the secretarial and bookkeeping staff, as well as the research and service functions for Soil Testing. In addition, the new construction was designed to give an attractive perspective and entryway to the Lab.

Building and maintenance of the facility has been financed from Agricultural Experiment Station funds, U.S. Department of Agriculture funds, grants-in-aid, fertilizer tax, and contributions from the Altheimer Foundation. The foresight of such men at the University of Arkansas as former Vice Presidents for Agriculture John White, Jim Martin, John Goodwin, and Preston La Ferney; former Experiment Station Directors Monte Cralley, Lloyd Warren, Preston La Ferney, and Gerald Musick; and former Agronomy Department Heads Dale Hinkle, Wally Moline, Fred Miller, and John Gilmour, and of the trustees of the Altheimer Foundation, made the existence of the laboratory possible.

The growth of the Altheimer Laboratory has very closely paralleled the increasing need for scientific knowledge in crop production. Starting from one research assistant working in a small headhouse, the laboratory today houses a network of activity carried on by several project leaders of the Crop, Soil, and Environmental Sciencesz Department and their assistants and graduate students. The faculty and staff continue to encourage scientific progress. The Laboratory is dedicated to keeping pace with the research needs of the future.

In April of 1995, the first edition of the ALTHEIMER LAB NEWS was prepared by Dr. Robert Frans. This edition focused on the history of the lab and, more specifically, on the Weed Science area of research. Future issues are planned to spotlight the other areas of research conducted at the Altheimer Lab facility.